Area 1: How US-China hacker war reached Europe and beyond 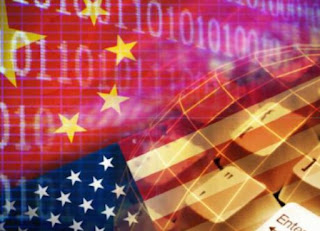 The email looked innocuous enough.
It contained a link to access a shared document relating to a project the staffer was working on. Once clicked, they were asked for their login details, which they provided -- just one of dozens of times a day they had to type them out.
The moment the staffer pressed Enter, a notification was triggered on the other side of the world. A cascading series of actions then kicked into gear, which would eventually compromise the staffer's entire computer network and expose huge quantities of sensitive documents and information.
According to an explosive new report out this week, the above scenario played out hundreds of times in recent years as Chinese state-sponsored hackers allegedly targeted and compromised government entities around the world, including the European Union's diplomatic communications network.
Sensitive cables from that network were released by Area 1 -- a cybersecurity firm founded by former US National Security Agency employees -- including communications that revealed deep concerns within the EU about the Trump administration's negotiations with China, Russian relations with Western Europe and Iran's nuclear program.
The revelations, which were followed Thursday by new indictments of alleged Chinese hackers by the US Justice Department, expose that the cyber cold war between the US and China, which reached boiling point in the mid 2010s before a landmark agreement was signed by Washington and Beijing, is once again ramping up.
In a statement Friday, China's Ministry of Foreign Affairs reacted forcefully to what it described as "groundless accusations," saying the US had "fabricated facts out of thin air" and "seriously violated the basic norms of international relations and severely harmed bilateral cooperation."
New start
US President Barack Obama and Chinese President Xi Jinping stood side by side, facing a gaggle of reporters in the White House's Rose Garden.
It was September 2015. After months of escalating tensions and accusations, the two leaders announced that they had reached a "common understanding" on cyber espionage and security.
"We've agreed that neither the US or the Chinese government will conduct or knowingly support cyber-enabled theft of intellectual property, including trade secrets or other confidential business information for commercial advantage," Obama said.