How 2018 changed the way we fly forever 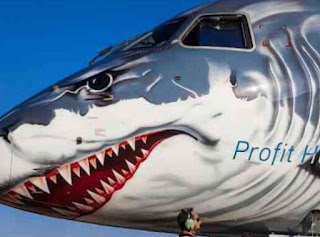 Bigger, busier, longer, safer ... but not faster.
This was another record-breaking year for aviation. In 2018, we flew more, but safety records were higher than ever.
The world's longest flight relaunched, between Singapore and New York, and the first ever direct flight took place between Australia and the UK.
We got excited about the Boeing 777X, with its game-changing folding winglets, and the Beluga XL, with its humpbacked shape and smiling whale livery.
We were wowed by the upcoming Jewel addition to Changi's Singapore Airport, and can't wait to book our rooms in the retro-themed TWA Hotel at JFK.
Here are CNN Travel's highlights from the aviation year.
January
Nearly four billion people flew in 2017, according to the International Civil Aviation Organization, making it the busiest year ever for commercial flights. However, it was also the safest year in aviation history.
Increased traffic doesn't have to mean a drop in service, either. Latvian flag carrier airBaltic was named the world's most punctual airline by air travel intelligence company OAG, followed by Hong Kong Airlines and Hawaiian Airlines.
Tenerife North, in Spain's Canary Islands, was revealed to be the world's most punctual airport, with nine out of ten flights arriving or departing on schedule.
And speaking of departures, January 3 saw the final flight of Delta's last Boeing 747, which flew from Atlanta to an airplane boneyard in Marana, Arizona. With United Airlines also retiring its 747s, it marked the end of an era for US air travel.
February
Dutch pilot Christiaan van Heijst talked to CNN Travel about his incredible collection of photos taken from inside the cockpit, capturing phenomena such as the Northern Lights and St Elmo's Fire.
Jabbrrbox work booths were installed at New York's LaGuardia Central Terminal B, offering an alternative to the traditional airport lounge. These private windowed booths can be rented to gain access to WiFi, USB charging, flight trackers, audio speakers and mood lighting.
March
Skytrax revealed its annual ranking of the world's best airports -- with Singapore's Changi Airport claiming the number one spot for the sixth year in a row.