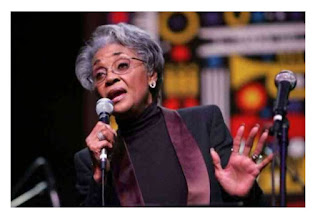 Nancy Wilson, a Grammy-winning singer who performed everything from jazz ballads to pop songs during a career spanning decades, has died at the age of 81.
She died Thursday in California after a long illness, her manager Devra Hall Levy told US news outlets.
Wilson's biggest hit was "(You Don't Know) How Glad I Am" in 1964. It earned her a Grammy award for best R&B recording.
She also won a Grammy in 2005 and 2007.
Wilson once said she knew from a very early age what she would do in life.
"I have always just sung. I have never questioned what it is. I thank God for it and I just do it," she NPR radio in 1994.
She said the musical influences in her life included Nat "King" Cole.