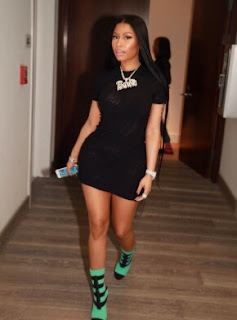 According to a TMZ report, Nicki Minaj has been reportedly slammed with a lawsuit by her former stylist.
Maher Jridi, who became popular for dressing Nicki through all her 2017 Paris Fashion Week appearances, claims he splashed thousands of dollars on a wardrobe company in order to rent the clothes that the star rapper wore. However, after wearing the clothes, he never got them back.
In the documents obtained by TMZ, Jridi revealed that he was sued for the missing clothes and has to pay nearly $74k, hence the lawsuit.