Women take back running after jogger killed in Spain 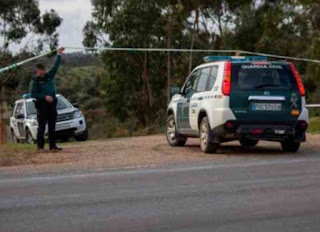 Women and students are paying tribute to a 26-year-old teacher who was killed while jogging in southern Spain's Huelva province.
Hidden by some branches, Laura Luelmo's body was found Monday 5 kilometers (about 3 miles) from her home in El Campillo, according to local reports. She had been missing for six days. A neighbor reportedly confessed to her killing after hours of interrogation.
Luelmo's last tweet, from March on International Women's Day, is now being reshared by women from all parts of Spain. Some also are using the hashtag #LauraSomosTodas (#WeAreAllLaura).
The tweet features an image that's the symbol of the 8-M movement, an umbrella group of 400 feminist organizations across the country. The group was behind mass protests in Spain this year over a court's decision to clear five men of gang rape charges in the attack of a teenage girl.
Other people are using pictures of themselves running on Instagram and Twitter in a show of defiance since Luelmo was slain while jogging.
"I am not comfortable running at night, and I never go running alone. I don't dare to wear certain clothes because it would seem that you want to be provocative, but that limits my freedom," Isabel López of Figueres told CNN.
"That's why I decided to post that picture, because it doesn't seem fair to me that a man can freely go running at any time and a woman cannot."
López, who works for the Inditex clothing company, said she often encounters wolf whistles and harassment while out running. "What I want is to be able to run freely, put on the clothes I want and concentrate on the sport," she said.
Her sentiment was echoed by Amaya Villanueva of Pamplona, who is part of a women's running club where participants wear pink clothes while they jog. "I don't feel afraid because I don't run alone," she said. "If I have to go alone, it's during the day and in crowded places."