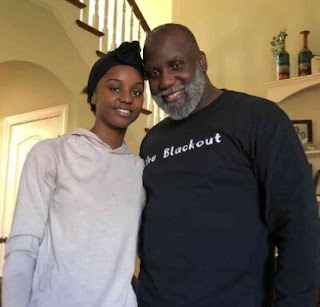 Not everyone who gets involved in a car accident lives to tell the story. Some of them get lucky to be rushed to the hospital for immediate treatment while others give up the ghost because they could not get help immediately after the accident occurred.
Bishop Randy Borders on Saturday, January 26, took to his Facebook profile to thank God for saving his beautiful daughter after she survived a ghastly motor accident. The accident took place on Friday, January 25 in the United States (US).
According to Bishop Borders’s Facebook post, he disclosed that the accident took place four hours from where he was. He also added that her car rolled down the mountain three to four times but only sustained bruises on her ribs.