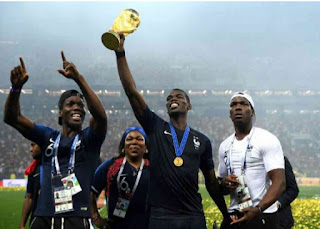 Florentin Pogba, one of the brothers of Manchester United's midfielder Paul Pogba, has revealed his brother will only depart the Theater of Dreams for La Liga giants Real Madrid or Barcelona.
However, Florentin said that his brother is having the time of his life at Old Trafford ever since Jose Mourinho was sacked as manager.