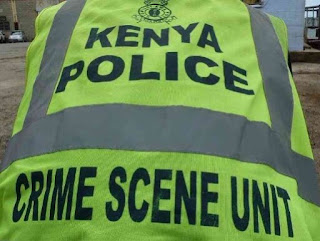 Residents of Suna West Sub-county. Migori are still coming to terms with the gruesome death of a 28-year old woman in what is believed to be foul play from her own husband.
Evelyn Musira was found dead in her own pool of blood on Saturday, February 23 with her husband nowhere to be seen.
Citizen reports that Musira’s body was initially found by neighbors who in turn alerted the area chief.
From the wounds in the deceased’s body, it was clear she had suffered a vicious attack as her body was rigged with cuts from what looked like a panga.
Oruba Sub-location Chief Charles Ouma confirmed the incident, adding that the gruesome murder was most likely committed by the husband who was still at large.
Neighbors further confirmed that the couple had been having domestic issues in the build up to Musira’s tragic death.
According to Ouma, the boy was force to look for a place to sleep as his father, who came home in drunken stupor, engaged in an altercation with the deceased and forced him out.
“The report from the deceased’s son aged 5 years indicates that his father came to the house drunk on Saturday night and ordered him out of the house. The boy also says he heard the mother crying as he was leaving the house to spend the night in the neighborhood,” the area chief explained.
The deceased’s body has since been taken to the Migori Level Four Hospital mortuary as police intensify their hunt for the key murder suspect.