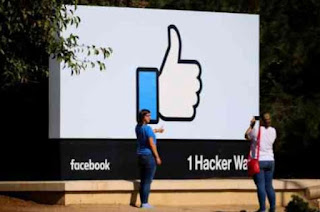 SAN FRANCISCO (Reuters) - Two Democratic U.S. senators called for the Federal Trade Commission to act on a complaint filed by consumer groups against Facebook on Thursday that alleged the company scammed children into spending money on its platform.
A coalition of consumer groups asked the FTC to investigate whether Facebook had engaged in deceptive practices, claiming the company lured children into making extensive in-game purchases without parental consent.
The social media company settled a class action lawsuit on the issue in 2016, but further details came to light last month after a request by the Center for Investigative Reporting resulted in the unsealing of the court documents.
The documents revealed that Facebook employees referred to the practice as "friendly fraud" and called children who racked up thousands of dollars in charges "whales," a term commonly used in casinos to describe high-spending gamblers.
"We urge the FTC to review in detail the complaint that was filed today on this issue. It shouldn't take another settlement for Facebook to meet its ethical obligation to protect kids and families on its platform," Senators Edward Markey and Richard Blumenthal said in a statement.
They said Facebook dodged their questions on the issue, posed to CEO Mark Zuckerberg in a letter last month after the documents were unsealed.
"Facebook's answers to our reasonable questions were inadequate and do not inspire trust," they said.
Facebook was not immediately available for comment.
In its prior response to the lawmakers, Facebook did not explain why it did not act on widespread complaints before the case went to court and declined to answer specifically when Zuckerberg became aware of the issue, the senators said.
Facebook is facing a slew of lawsuits and regulatory inquiries over its record on privacy, security and the use of its platform by groups spreading disinformation.
The FTC is already investigating revelations that Facebook inappropriately shared information belonging to 87 million users with the now-defunct British political consulting firm Cambridge Analytica.
(Reporting by Katie Paul; Editing by Cynthia Osterman)