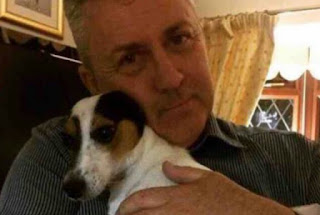 A new search for the body of David Ibbotson, who was piloting the plane carrying Emiliano Sala, could begin next week, his family has said.
Mr Ibbotson is still missing after the Piper Malibu plane, which was flying from Nantes in France to Cardiff, crashed in the English Channel on January 21.
The body of Argentine footballer Sala was later recovered from the wreckage, which was found on the seabed off the coast of Guernsey.
The 28-year-old striker had just signed for Cardiff City from Nantes for £15 million.
Mr Ibbotson's family set up an online fundraising campaign to restart the search for his body, which has reached nearly £250,000.
A statement on the website said they hope to have deep sea divers operating at the beginning of next week.
Helicopter searches of coastal areas will also take place.
The aircraft remains underwater off the coast of Guernsey in the English Channel as an attempt to recover it was hampered by bad weather.
Mr Ibbotson, 59, of Crowle, Lincolnshire, has not been located.
Shipwreck hunting expert David Mearns, who assisted in the search which found Sala's body, said in a statement: "I have been assisting the family of pilot David Ibbotson to hopefully locate his body.>
"This search is technically very different to the underwater search for the Piper Malibu aircraft.
"It is dependent on good weather, neap tides and flight permits. The family needs space to plan.
"The search will include a dive to the wreck to rule out 100 per cent that David's body is there and a helicopter search of inaccessible coastal areas in the Channel Islands using trained pilots and observers. All contingent on good weather, permits, etc."