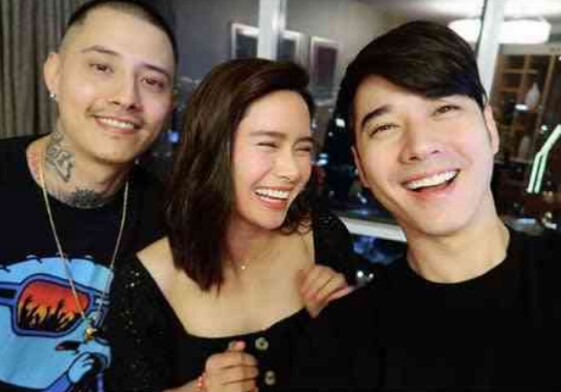 Erich Gonzales was recently reunited with former onscreen partner Thai superstar Mario Maurer.
(Instagram / MANILA BULLETIN)
The former love team met in Bangkok with Mario’s brother Marco, who Gonzales recently collaborated with for a song.
Gonzales was featured in Marco’s new song “Won’t Let You Go”. She also directed and appeared in the song’s official music video.
“Reunited with the Maurer brothers,” the actress captioned her photo with Marco and Mario.
Erich and Mario worked together in 2012 for the film “Suddenly It’s Magic”.