Evening sky showcases the moon at its brightest and biggest tonight 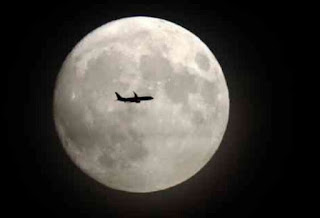 By MB Online
Skygazers will have a chance to see the brightest and biggest full moon for 2019 tonight, February 19.
(ADRIAN DENNIS/AFP/GETTY IMAGES / MANILA BULLETIN)
Farmers’ Almanac said the Moon will be at perigee or the closest to Earth for 2019 on February 19th at 4:00 a.m. EST (5:00 pm Tuesday, Manila time), and will turn 100% full at 10:54 a.m. EST (11:54 pm, Tuesday, Manila time).
The Moon tonight, dubbed as the “super snow moon”, will be 221,681 miles away from Earth, thus appearing 14% larger and 30% brighter.
February’s full moon got the “snow moon” moniker from Native Americans and Europeans since heavy snowfall often happens on the second month of the year, CNN reported.
Last month, the super blood wolf moon lit up the skies. Another super moon will show up in March.