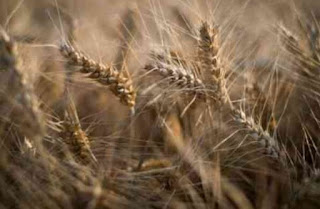 The UN food agency on Friday warned about the threat to the future of the world's food production from a lack of biodiversity in the environment.
In a report, the first of its kind by the Food and Agriculture Organization (FAO), it said there was "mounting evidence that the biodiversity that underpins our food systems, at all levels, is declining around the world."
That is putting food production and the environment "under severe threat," the FAO warned.
"Once lost, plant, animal and micro-organisms species that are critical to our food systems, cannot be recovered."
Biodiversity enables agriculture systems to be more resilient to shocks such as disease and pest outbreaks, as well as coping with climate change.
The report cited as examples the dramatic fall in food production from infestations such as the potato blight in Ireland in the 1840s and the losses of the tropical taro plant in Samoa in the 1990s.
The FAO says the drivers for biodiversity loss include changes in land and water use and management, pollution and overharvesting.
Geographically, Latin America and the Caribbean, rich in biodiversity, also report the largest number of threatened wild food species, such as crustaceans, fish and insects.
The Rome-based agency says countries are adopting biodiversity-friendly practices from sustainable forest management to an ecosystem approach to fisheries and organic agriculture -- but more needs to be done. Governments and the international community need to step up efforts to stop the loss of biodiversity.
Protecting the world's food supply is critical as an estimated 821 million people already suffer from chronic hunger, and by 2050 the plant's population is expected to rise from 7.7. billion to close to 10 billion, according to UN data.