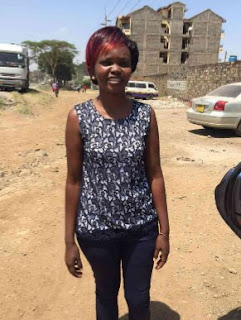 - The body of Caroline Mwatha was found lying at the City Mortuary in Nairobi
- This was after two suspects believed to be behind her murder provided police with clues
- It is said Mwatha was booked at the mortuary by a private citizen under different names
- The arrested suspects include owner of a clinic and a doctor working at the clinic
- It is reported Mwatha had sought abortion services at the said clinic
The lifeless body of Dandora human rights activist, Caroline Mwatha, was found on Tuesday, February 12, lying at the City Mortuary in Nairobi a week after she went missing.
As families and friends of Mwatha try to come to terms with the demise of the activist, Kenyans online have expressed concern over the manner in which police have unraveled the death.
Many have been left with several questions trying to tie the loose ends to understand how exactly the mother of two died and why it took long for her body to be taken to the mortuary.
"When was the body taken there? Her family went there severally but the body was nowhere to be found, Why today? Something is not right, we won't keep quiet and see impunity prevail, speak against young women being killed in this country. Am really mad by this news my fellow comrade gone like that! No," lamented Lilian Awuor.
"Unfortunately, this is Kenya. Her killers are men in uniform and they are expected to investigate themselves and present evidence it before court. The case is dead on arrival but God in heaven will punish them," said Erick Kipronoh.
One Ciku Nyoxs wondered how the body found itself in the mortuary without trace of the people who took it there.
"What's the procedure for receiving bodies at the city mortuary? It can't be bodies are just dumped there without documentation. Anyway it's sad RIP Mwatha. I feel for the kids especially kale Kako boarding it will be such heartbreaking news to the kid," said Ciku.
"What's happening in kenya? Everyone is disappearing and each time its only bodies being retrieved from mortuaries. Are there rituals being carried out? What about the children being left behind? The killers will never have peace, may the slayed blood torture them forever," charged Kate Kyalo.
Other Kenyans turned to God with others praying for the lady's family to be served justice over the death of their kin.
"May God arise and vindicate her and all the innocent people who have died fighting for what is right. My condolences to her family," said Nungari Millicent.
"God of Nazareth, may those behind her killing never know peace, may they die like dogs," said Evelyn Mutanu Mbevi.