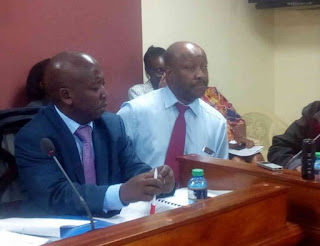 - Mbagathi Hospital has allegedly been collecting the money from mothers whose babies are dead
- The said money is not captured anywhere in any financial year reports
- The Public Accounts Committee ordered probe into the grave allegations
Mbagathi Hospital has been thrust into the limelight after it emerged the county health facility has been charging mothers who have lost their babies KSh 3000.
The hefty amount is allegedly being collected from poor mothers by the public hospital to cater for the disposal of the newborns.
Appearing before Public Accounts Committee (PAC) to deliberate on the state of health within Nairobi county, Mbagathi Hospital medical superintendent, JM Karani, admitted they have been charging all mothers who have lost their babies KSh 3000 per toddler.
"We have been charging a flat rate of KSh 3,000 for every deceased newborn. The amount is to cater for the disposal of the corpse," he said.
Karani shocked the Committee further when he disclosed the said amount was not captured anywhere in any financial year reports.
"This was just a private arrangement at the hospital," he said.
The Committee chairman, Wilfred Odalo, was shocked by the revelation and ordered investigation into the matter saying they will give it the level of seriousness it deserves.
Odalo warned those found culpable of the illegal transactions at the said public hospital will carry their own cross.
There has been concern over the huge number of babies dying at the public health facilities in Nairobi with Pumwani Hospital leading.
"Any one who goes to deliver in public hospital will not be charged even a single cent," President Uhuru Kenyatta said when he took over office from the retired president Mwai Kibaki in 2013.
Additionally, the First Lady Margaret Kenyatta has been advocating for free maternal health campaign urging expectant mothers to make maximum use of the free delivery.
Story by John Papanoo, TUKO Correspondent.