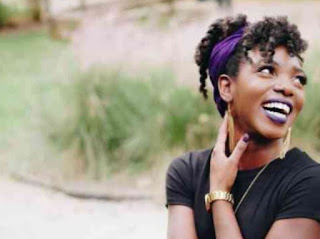 New York is banning discrimination based on a person’s hairstyle in a bid to tackle racist prejudice.
The New York City Commission on Human Rights has declared that people targeted based on their hair in workplaces, public spaces and schools will now fall under racial discrimination laws.
Its guidelines aim to tackle discrimination on afros, cornrows and locs in a bid to tackle racist discrimination.
The Commission says “there is a widespread and fundamentally racist belief that black hairstyles are not suited for formal settings and may be unhygienic, messy, disruptive or unkempt. Black children and adults from schools to places of employment have routinely been targeted by discriminatory hair policies.”
They are the first of their kind in the country and specifically mention the right to maintain “natural hair, treated or untreated hairstyles such as locs, cornrows, twists, braids, Bantu knots, fades, Afros and/or the right to keep hair in an uncut or untrimmed state,’ the New York Times reports.
Numerous schools up until now have banned dreadlocks, afros and other hairstyles.
Those who have been targeted because of their hair can now take legal action.
Woman becomes 'first openly-autistic lawyer' admitted to Florida Bar
Penalties can reach up to $250,000 (£191,400) and there is no cap on the amount of money in relation to damages.
Carmelyn P. Malalis, the commissioner and chairwoman of the New York City Commission on Human Rights told the Times: “There’s nothing keeping us from calling out these policies prohibiting natural hair or hairstyles most closely associated with black people.
She said that the new rules would help organisations understand that people had the right to wear their hair however they choose without fear of discrimination.