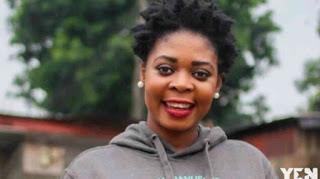 The Brong Ahafo youth organiser for the New Patriotic Party, Kwame Baffoe, popularly known as Abronye DC, has sent a petition to the Director General of the Criminal Investigative Department of the Ghana Police Service over Joyce Dzidzor Mensah Yawavi.
He said the former HIV/AIDS ambassador, Joyce should be to arrested, interrogated and prosecuted for fraud.
According to Abronye DC, Dzidzor has violated section 248 and section 251 of the Criminal Code, 1960 (Act 29) respectively by making a false declaration about her HIV status and deceiving public officers.
“The actions of Joyce can be said to have amounted to fraud provided for under section 16 of the criminal code.
“As an established fact devoid of ambiguity, Joyce Mensah is not an HIV patient but has through illegitimate means, acquired and enjoyed privileges meant for persons suffering from the virus,” Abronye DC stated.
Ms Yawavi was in 2011, made an HIV ambassador by the Ghana Aids Commission to embark on a campaign to reduce stigma and discrimination suffered by persons living with HIV in order to provide a human face to HIV.
In December 2014, Dzidzor publicly announced that she lied about her HIV/AIDS status for years and had never tested positive for the disease before working with the Ghana AIDS Commission as an HIV/AIDS ambassador.
However, she made a U-turn again in 2016 to say she indeed, tested positive for the virus but only lied about her status to protect her children from stigmatization.
Last week, Dzidzor once again disclosed that she had conducted a new test for HIV/AIDS, and the result was negative.