Parents were protesting compulsory vaccinations 150 years ago. Some are still angry 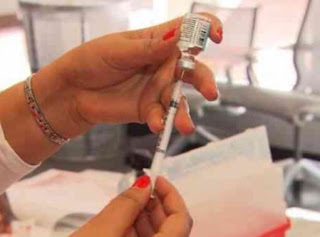 More than a century before Facebook, anti-vaccination campaigners had another method for spreading their message -- an eye-catching march through town with tiny children's coffins emblazoned with the words: "Another victim of vaccination."
The year was 1885, and smallpox vaccinations were compulsory in the UK -- reportedly inciting 100,000 people to demonstrate in the city of Leicester, England, one sunny March day.
Fast-forward to 2019 and the anti-vaccination campaign is a global, multi-faced beast -- spurred by safety concerns, religious and political beliefs, preferences for homeopathic approaches and widespread misinformation.
But one issue that has endured for some 150 years is the backlash not simply against vaccinations -- but against compulsory vaccinations. Today, rising populism in Europe and the United States is part of a new wave of anti-vaccine distrust in the establishment, say experts.
British parents in the 19th century didn't take kindly to government-mandated smallpox vaccinations although the gruesome process -- a series of deep cuts in the arms of the child -- was a world away from today's sterile practices.
But the anti-vaxxers of the time were also joined by libertarians, who believed the compulsory vaccinations violated their personal freedoms.
Today, that anti-government control sentiment "continues to be a thread in the anti-vaccine movement -- particularly in this era of mistrust in government," Professor Heidi Larson, director of the Vaccine Confidence Project at the London School of Hygiene and Tropical Medicine, told CNN.
Larson said populism and the anti-vaccination movement were "totally related," adding that it was a "symptom" of "underlying distrust" in the establishment.
Vaccine hesitancy, is one of the biggest threats to global health in 2019, according to the World Health Organization.
"Vaccination is one of the most cost-effective ways of avoiding disease -- it currently prevents 2-3 million deaths a year, and a further 1.5 million could be avoided if global coverage of vaccinations improved," WHO said.