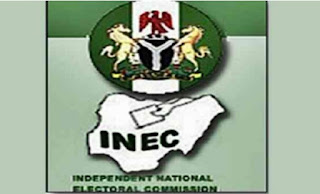 President Muhammadu Buhari of the All Progressives Congress (APC) has recorded a landslide victory in Saturday’s presidential election in Kano and Katsina States.
The Independent National Electoral Commission (INEC) Collation Officer for Kano state, Prof. Magaji Garba, announced that Buhari polled 1,464,768 votes to defeat his opponents in the poll.
Garba who is the Vice-Chancellor, Federal University, Gusau, Zamfara State, while presenting the score card for the State at the National Collation Centre in Abuja, said that the Peoples Democratic Party (PDP)’s Atiku Abubakar, came second with 391,593 votes.
The Collation officer also said that Donald Duke of the Social Democratic Party (SDP) got 635 votes to place third.
Similarly, INEC also announced that Buhari won the election in Katsina, his home State, by an overwhelming margin.
According to Prof. Fatima Mukhtar, the Collation Officer for the state, Buhari polled 1,232,133 votes to defeat his PDP opponent, Atiku Abubakar, who scored 308,056 votes.