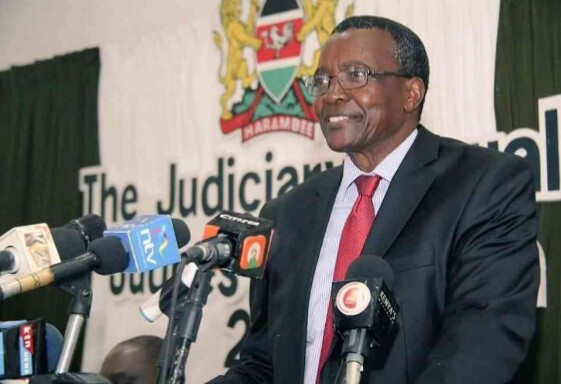 Chief Justice David Maraga’s recent public commitment to adopt a collaborative approach in the fight against corruption has raised hopes that more progress could be made in slaying the graft dragon.
After meeting other players involved in anti-corruption efforts, the Judiciary agreed to completely change tact in fighting graft by admitting plea taking - already being practised in many parts of the developed world – and the use of technology to present evidence in courts.
With the CJ having come under intense pressure owing to the Judiciary’s failure to effectively play its role in the war against corruption, Maraga vowed to start working closely with the other agencies involved in the fight against graft.
But many Kenyans will be forgiven for not taking the CJ’s word seriously and instead adopting a wait and see attitude.
The reason why a lot of people have a problem trusting Maraga to live by his words is solely because of the endless lip service he has subjected the citizenry to in the war against corruption. He has not lived up to his many earthshaking pledges.
When he succeeded Willy Mutunga, he promised to end corruption in the judiciary in his blue print.
One of the chapters of his blue print, launched on January 25, 2017, is dedicated to getting rid of corruption. It is titled:Integrity, Fighting Against Corruption and Re-organisation of Judiciary Complaints Handling Mechanism.
Therein, Maraga did a splendid job in identifying the forms corruption takes in the Judiciary.
He listed among others, delay of the trial process, delay of the delivery of judgement, adjournment of cases, inconsistency in issuance of bond, unreasoned interpretations of the law and the giving of final orders without the basic legal tenets.